Objective: The objective of this study was to evaluate the inter-rater and intra-rater reliability of static paraspinal surface electromyography.

Materials and Methods: The static paraspinal surface electromyography functions of an Insight Subluxation Station® were evaluated for clinical reliability. Following approval of the project and the consent process by the Institutional Review Board of Life University, 91 University students were recruited by announcements and personal contacts. Two practicing chiropractors trained in the use of paraspinal surface electromyography conducted the scanning. The two examiners, blinded from data collection, scanned subjects according to the protocols established by Kent and Gentempo. The protocol involves static paraspinal sEMG scanning using hand held electrodes in the seated position at 15 paired sites (4 cervical, 7 thoracic, 3 lumbar and 1 sacral). Each subject was scanned twice by each examiner at one sitting.

Results: Principal component analysis (SPSS) was conducted on left-right averaged data and points. Statistical comparisons were made across the two observers, two repeated measures for each observer, and 15 SEMG points from C1-S1. The averaged left/right values were subjected to multiple regression-principal component analyses and revealed intraclass correlation coefficients for intra-examiner and inter-examiner to be 0.9527 and 0.9535, respectively. Cronbach’s Alpha for intra-examiner and inter-examiner was found to be 0.9526 and 0.9558, respectively. The latter indicates a high degree of internal consistency reliability across the 15 data points/patient and 2 separate measures. 95% Confidence Interval for intra-rater revealed lower and upper limits of 0.9377 and 0.9656, respectively and for inter-rater showed 0.9388 and 0.9662, respectively.

Conclusion: This study revealed excellent inter-examiner and intra-examiner reliability of static paraspinal surface electromyography in a large number of subjects 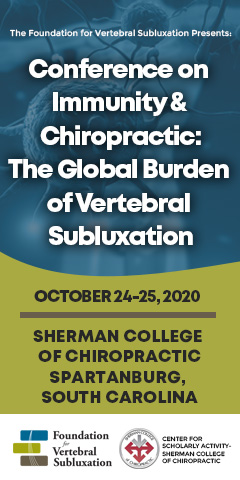